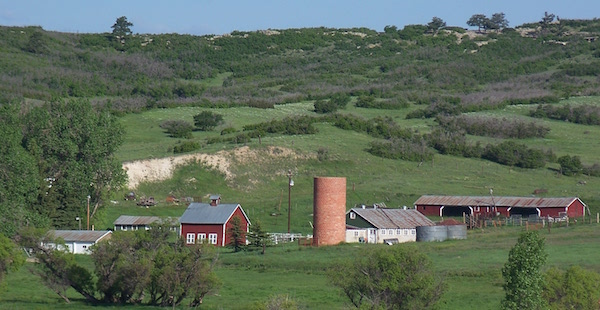 Broadband is rapidly expanding into rural America, but according to a governing.com article, the Americans who live in these out-of-the-way areas aren’t exactly knocking down the doors of telecom providers to demand the service.

In fact, it’s just the opposite.

The article cites four major reasons rural residents are choosing to tune out on the internet age:

“A lot of people had great expectations for the investments and infrastructure,” says broadband research specialist John Horrigan. “They’re going to have a rude awakening in a couple years if they don’t see people using the services as much as they hoped for.”

It may just be that those who don’t already have internet are never going to get it. They just don’t think they need it.

“A Governing analysis of microdata from the Census Bureau’s 2012 Current Population Survey shows that nearly 53 percent of U.S. householders without Internet service of any kind cited a lack of interest or need as the main reason for nonadoption,” governing.com said. “Another segment of the population remains stuck at slower speeds, mostly in remote areas where it’s costly to deploy service. About 8.5 percent of Americans lack access to connections that the FCC considers to be broadband.”

As you might expect, the pace of U.S. broadband adoption has slowed down and internet service providers have unexpectedly run into a bit of a brick wall. A recent study shows that approximately 70% of Americans now have home broadband connections. But growth in the hinterlands is harder to come by.

Some parts of rural America offer only painfully slow, unreliable low-grade DSL and dial-up service. For many rural residents, the only local option is found at their local library.

Small, independent telecoms to the rescue?

The article in governing.com reports that small, independent telecoms that are largely driving broadband adoption in many rural areas.

“Large companies often balk at the high costs of broadband deployment in sparsely populated rural areas. Talking to residents directly is generally more effective than offering impersonal promotions, says Rod Bowar, president of the Kennebec Telephone Company in central South Dakota. The company, like some other rural telecoms, holds classes with a focus on how the Internet can help customers in their everyday lives. Ranchers in South Dakota, for example, use streaming video to monitor cattle in their barns.”

But where do those small, independent telecoms find the money to build out their dreams? Uncle Sugar, that’s where.

A federal government organization called the National Telecommunications and Information Administration (NTIA) is spending money like a drunken sailor on shore leave. It handed out $4.4 billion in stimulus funds for broadband connection over the last few years. Most of those grants were specifically earmarked for infrastructure investment, but $249 million was directed toward for digital literacy and other adoption projects.

The NTIA was quick to pat itself on the back and claim that its programs helped enroll nearly 750,000 new broadband subscribers.

Lifeline Broadband to the rescue?

Lifeline Assistance, the free government cell phone program, has proven to be a godsend for low-income Americans.

The Commission funded 14 Lifeline Broadband pilot projects across the country. They tested various pricing plans and service levels with eligible low-income consumers in an attempt to determine which offers will encourage the highest adoption rates when a national program is rolled out.

READ ALSO: Lifeline Broadband will be here in 2014

Lifeline Assistance, the free government cell phone program, has demonstrated the huge improvements that technology can make in low-income Americans’ lives. Proponents of Lifeline Broadband believe the same benefits will result from the adoption of a Lifeline Broadband program.

If we can demonstrate the benefits that will accrue to those who have not yet adopted the internet, it could have a huge impact in rural communities.

governing.com tells such a story in Green Bank, West Virginia:

“In Green Bank, the benefits of high-speed Internet are just starting to be realized. Staff at the nearby National Radio Astronomy Observatory previously had to transport hard drives with raw data to West Virginia University in Morgantown a couple of times each week. Now, thanks to a state grant, they’re able to stream data with a 10-gigabit connection in real time. ‘We have been working to get increased Internet speeds in the county for 14 years,’ says Mike Holstine, the observatory’s business manager. ‘The fact that we have added providers is a huge boon to the connectivity of the community.'”

This is just one of a thousands of success stories that will be written after Lifeline Broadband is approved and high-speed internet access extends into rural America. We fully support the Lifeline Broadband program and can’t wait for the day that it is officially announced.

That will be a great day not just for rural America, but America as a whole.